In June 1988, the Clairette de Die wine producers decided to create a community to represent the wines of the Diois. And thus the "Confrérie des compagnons de la Clairette de Die" (Brotherhood of the companions of Clairette de Die) was born.  It was officially christened several months later, on the 3rd of December, in the presence of the national president of the French federation of gastronomic and vinous brotherhoods, Jean-Paul de Bernis. Today, the members continue to gather in “chapter” meetings, i.e. local reunions organised within its walls.

How does one join the Brotherhood?
There are between three and four hundred members, though the core or regular members numbers around fifty.  They are not all necessarily wine growers.  If you are a loyal fan of Clairette and Crémant de Die and you want to spread the word about these wines, you will perhaps one day be called to join the community and to become a "capé".  Unlike the compagnons, the capé possess the privilege of wearing the cape bearing the effigy of the Brotherhood.  Investitures take place on the occasion of the chapter meetings, generally on the third weekend in April, in the towns of Crest, Die or Châtillon-en-Diois. Uncompromising with regard to traditions, the compagnons will nevertheless sometimes bend the rules.  During processions, for example, they will sometimes borrow a fellow member’s cape – but only with the permission of the "grand master".

The insignia
Each investiture is accompanied by the presentation of a ribbon and a medal.  Other insignia of the members of the Brotherhood include a white cape with a gold border and a green hat: reminders of the colours of the vine and the grape. These special garments are worn during parades and folkloric events. The same colours decorate the official banner of the Brotherhood.  And if you only remember one phrase relating to the Brotherhood, then it should be their motto: "To friendship, and may the joy sparkle!"

THE ABUSE OF ALCOHOL IS DANGEROUS FOR YOUR HEALTH. DRINK IN MODERATION. 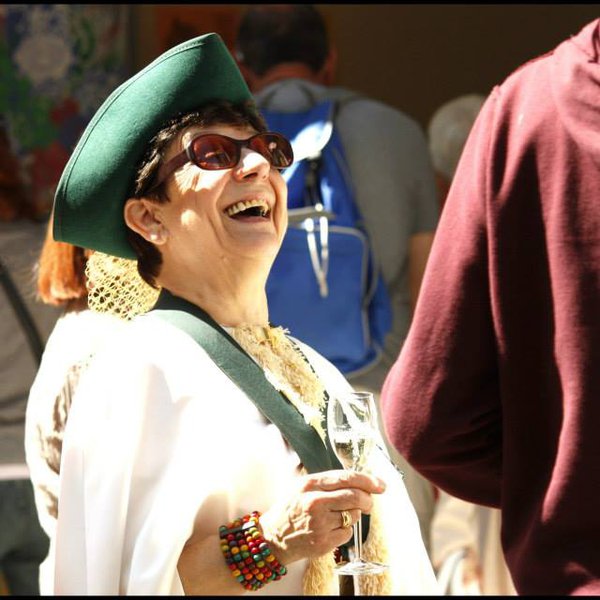 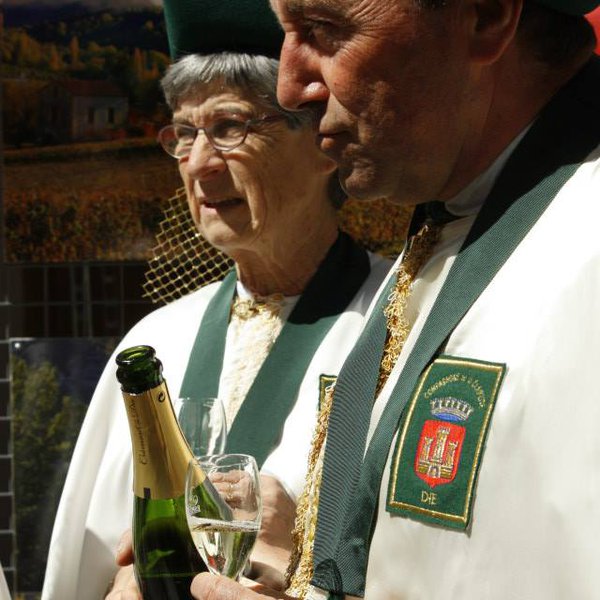 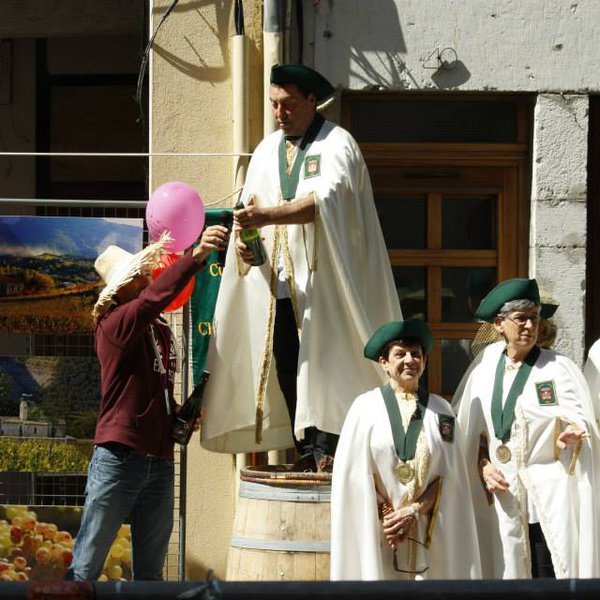